Chinese people seem to enjoy buying or collecting fine jewelry more than the Western people, who prefer to spend money on vacations rather than buying luxury items like jewelry

said Julia Perng, a professional jeweler and executive secretary at the strongest jewelry design association in China and Taiwan.

This could be the main reason of jewelry business steady development in Taiwan and China.

Another reason could be the strong community of jewelers. Indeed, even if most of the businesses are independent (2-3 people), most of the professionals’ jewelers are members of an association (for both designing and gold handcrafts) which is very unusual in other markets.

Let’s start with few words about the island: 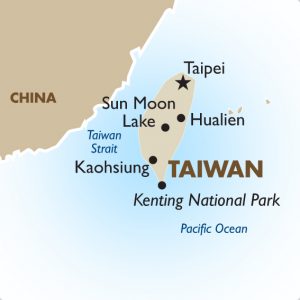 Taiwan is located in east Asia some 180 kilometers (112 miles) off the southeastern coast of mainland China. It was founded as a distinct and original nation in 1949.

The total area of the island is 36.000 km2 (13,974 sq mi), making it intermediate in size between Belgium and the Netherlands with a population of over 23 million (11,4 Million in Belgium)

Despite its diplomatic isolation, Taiwan has become one of Asia’s big traders, becoming one of the world’s top producers of computer technology.

“Compared to other industries, Taiwan’s jewelry market is very traditional and conservative. 20 years ago, this market reached its peak. Since 2008, the Taiwanese market had to face the turmoil the local market brought, while the occidental market was attracted by China, making the Taiwanese jewelry market nearly invisible.”

This previously unseen crisis forced companies to reorganize themselves to stay strong and maintain a position on the market.

Since then, 3D technologies’ use has reached a peak…

“Half a dozen of years ago, most jewelers and designers didn’t believe in 3D technologies and didn’t use CAD.
High jewelry clients also have many misgivings that still need to be removed. Jewelry was, back then, «I believe only what I see», and if you didn’t show the stones, or an authenticity certificate, we couldn’t gain the client’s trust.”

Thanks to 3D printing evolution, it became very popular to hear about it in discussion topics in Taiwan, and benefitted from a huge newsworthy exposition in 2014.

This allowed a global increase for both CAD and jewelry markets.

With more than 2000 jewelers officially registered mainly defined as small businesses, jewelry market is very active with 4 strong associations for both labors and managers, 3 annual main exhibitions and several education and training centers that give jewelry courses from hand carving to 3D technologies.

3Design team had the chance to meet some of the main actors of the jewelry business in Taiwan.

TCJDA is located in Taipei. Miss Wang Yue Yan (nickname “yoyo”) is the general manager of the association, and collaborates with other Chinese’s associations every year to organize, among other things, a design competition opened to every jeweler in Taiwan and China, including its own 108 members.

The competition occurs during February and May, and the awards ceremony takes place at September Jewelry fair in Taipei. At the end of the ceremony, the winners get to share a 10.000$!!

More info about the association and for competition subscription, visit www.yyw.com.tw !

Emilie Balsamo with the President of the association and team 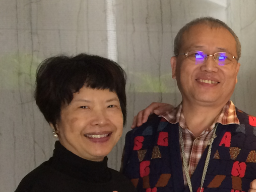 Mrs Julia Perng, the chairman of the company, her husband Wu (technical and engineering + website)

Mrs Julia Perng, the chairman of the company, her husband Wu (technical and engineering + website), some editors and designers have a daily activity at Aibususo in collecting and classifying jewelry designs from all around the world, in order to help other artists in getting inspired. (They provide a wide library on different topics/themes. Research can be done by brand, material, topic… about 300 000 items). The editors are specialized in editing jewelry technical news on brands, design, tendencies…

And last but not least, Aibususo is specialized in providing jewelry design courses, both hand-drawing and 3D. 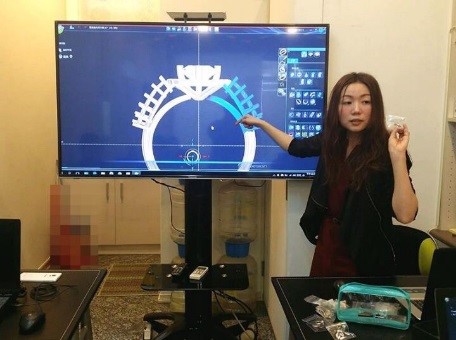 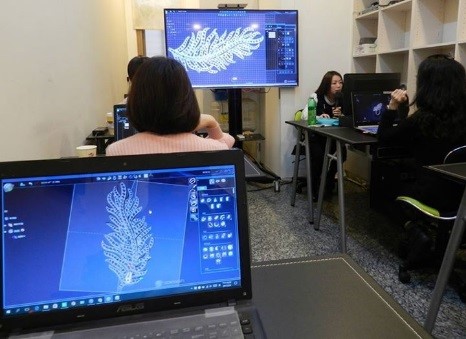 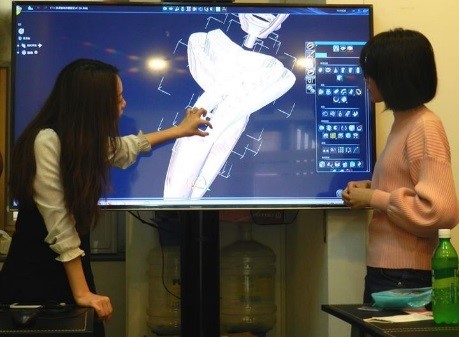 *In Taichung, THJO Association provides market information to its 2000 members, training courses such as 3D hands-on and full design trainings.

Design courses help jewelers/designers to start working with 3D technologies. A personal software license is lent afterwards to any participant, for a limited period. The training lasts 3 months, /40 hours

More info about the association and for training subscription, visit www.tcssioiu.org.tw 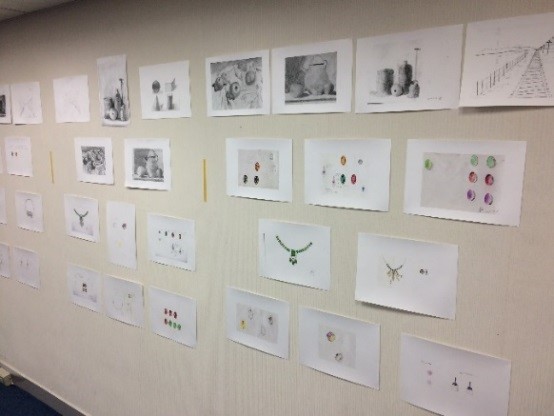 Hand sketches from the association members. Courses given by Mrs Julia Perng 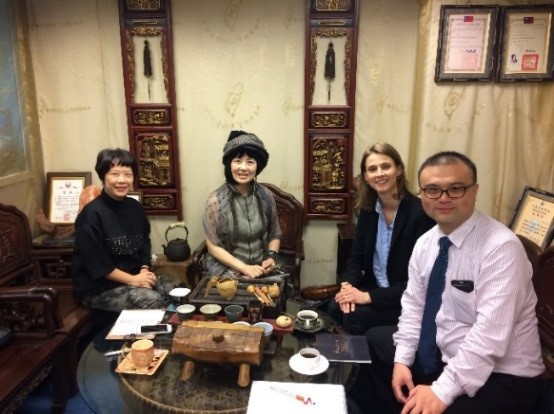 and efficient Education and Training centers:

Into both education (students) and industries (professionals), people gradually know the importance of CAD and appreciate to get trained in a certified training center. Here are a few of them.

CTC or “Workforce Development Agency” is a governmental organization that offers hundreds different types of training to the Taiwanese in different locations and various sectors of activities including Jewelry from hand carving, wax, drawing to CAD.

The Government covers 80% of the cost of each training, which last an average of 3 months each. A national test is scheduled at the end of the training. 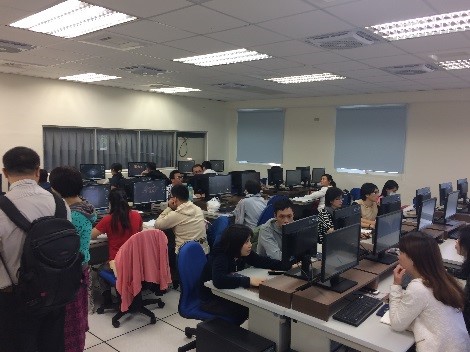 A group of 23 people who just start a 3DESIGN training. 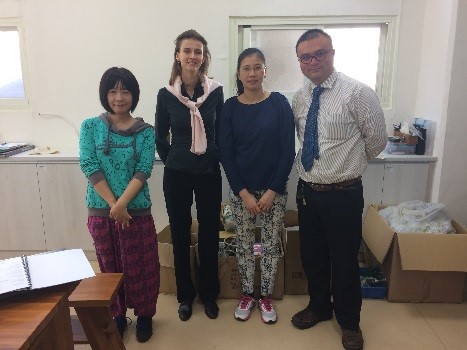 Dahan is a private institute based in Hualien (east coast) that offers partnership with at least 7 Chinese schools to receive their students for a year. Scholarship programs in China basically last 3 year : 1st year in China – 2nd year in Taiwan (especially for design learning, incl training 3D class especially on 3DESIGN) – 3rd year in China for practice at professional’ site.

M.Chai Yin Lai, Dahan’s CEAO has developed a partnership with at least 7 schools in China: 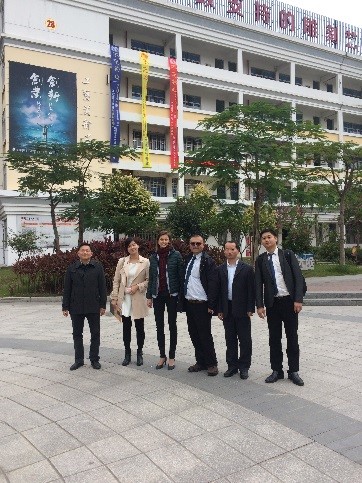 Meeting with a government school in China. Director and masters. There are more than 120 19/21 years-old students in the jewelry section.

Taiwan is a real gem in the Pacific Ocean! Even if the Jewelry business has seemed to be slowing down during the previous year, it is significantly established both on the island and abroad on mainland territory. Composed of a hard worker and a qualified community of jewelers, Taiwanese jewellery market is very alive and has great years in perspective.

3D technologies with CAD and 3D printers is settled among professional jewelers and in most of the education and training centers even though the acquisition cost is not that cheap.

3Design software solution has been translated into Taiwanese 10 years ago for its roughly 500 Taiwanese users !